Ever since The American Bariatric surgeon Walter Pories published a landmark Paper in 1994 ,“Who would have thought it? An operation is the cure for Type II Diabetes Mellitus!” Bariatric Surgery has challenged the notion that “once a Diabetic always a Diabetic.” This paper showed the astonishing results that one of the widely practiced bariatric operations called gastric bypass led to patients getting cured of diabetes in nearly 90 percent of cases. Blood sugar levels stay normal even several years after the operation.

Over the last 15 years a large number of studies have confirmed that there is improvement in nearly all, and resolution in the large majority of obese patients with type 11 diabetes who have had any form of bariatric surgery resulting in weight loss. Usually this effect is quite dramatic and occurs even before a significant amount of weight has been lost.

The resolution rates depend on:

After many years of Diabetes the pancreas gland may have become exhausted and even though the reduction of fat mass restores insulin sensitivity their body may simply not be able to produce enough insulin. 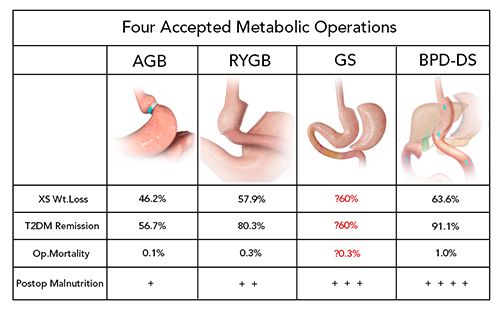 In our own experience of Sleeve gastrectomy in over 1000 patients we are seeing over 80% of Diabetic patients experiencing complete resolution of their diabetes within 3-6 months.

In 2011 the International Diabetes federation finally recognized the legitimacy of bariatric surgery in a position statement which declared: “bariatric surgery… can be considered an effective, safe and cost effective treatment for people with T2DM and obesity not achieving recommended treatment targets with medical therapies, especially in the presence of other major co-morbidities.” 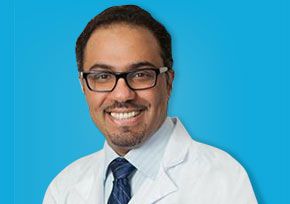 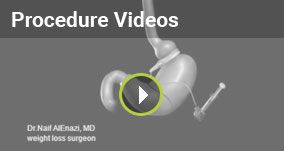